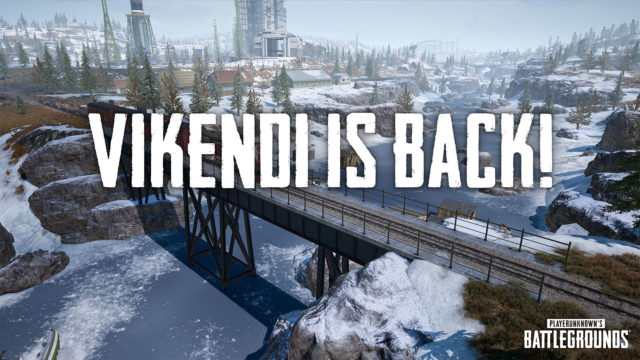 Better than ever, with updated landmarks, trains and a slight change in season. 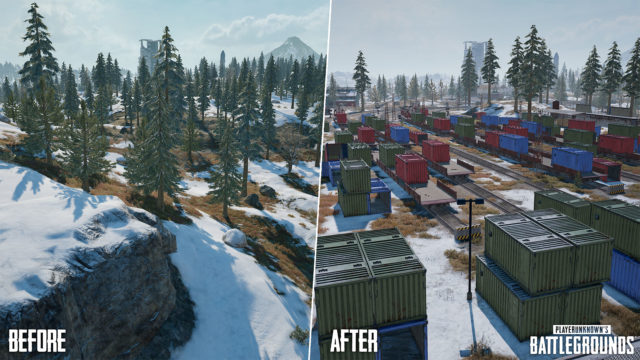 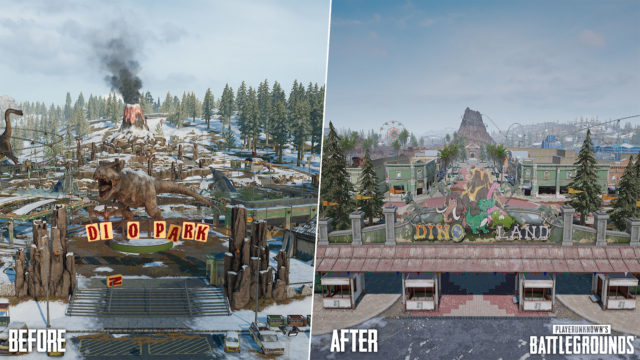 AS, KR/JP, KAKAO, SEA, EU, RU: Full map selection, you can select Vikendi or any other map individually.

NA: Vikendi will be playable via the featured map option, with all other maps being in a separate random map queue. We expect to have Vikendi available as a featured map for 1-2 weeks, but will monitor queue times closely and will return to full random matchmaking earlier if queue times begin to suffer.

OC/LATAM: Vikendi has been added to the random map pool, alongside all other maps.

Survivor Pass: Cold Front is your ticket to all the cool new outfits in Season 7. With costumes ranging from Dinoland employee apparel and mascot costumes to other themed looks, there’s something for everyone. Players can also once again unlock community rewards by working together, so be on the lookout for data discs!

The Survival Title System is being shelved this update, in preparation for a new system making its way in-game in a future update alongside our new Competitive Mode.

Fear not, you can still view all your accrued statistics in the Season tab and if you’re eligible for rewards from Season 6 of the Survival Title System, you’ll receive them once this update hits live servers.

We know weapon choice is important to you, but there is also the problem of there eventually being just too much choice, especially when a certain few weapons remain the most popular picks over everything else. We want to keep adding new weapons to the game but at some point finding the exact gun you want would suffer and as the overall list grows, maintaining balance between everything would also become more difficult. Because of this eventuality, we’ve decided to test out the idea of shared stat weapons. For all intents and purposes, the Mosin-Nagant is a Kar98k. The stats, attachments, ammunition, etc. are all directly copied from the Kar98k, but the Mosin will feature its own look and sound. The Mosin-Nagant Sniper Rifle  has been added to Vikendi and Erangel, but not in the same way as we have other weapons. 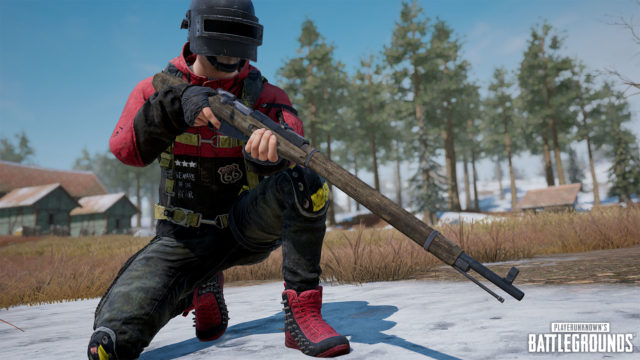 The hope here is to be able to give more weapon diversity without diminishing the availability of the weapons you love to use, but we know a choice like this might be met with mixed feelings. Are more weapons in the game a good thing, even if some of them share stats, or should we be more selective with what we put in and make sure all weapons are unique? The Mosin is coded as its own weapon, so we could always adjust its stats in the future to make it unique, but we’d like to at least test out this idea first.

We’d love your take on this, so please let us know your thoughts.

These changes below were implemented to live servers on April 9 during maintenance.

The original intention of the blood effect improvements were to provide similar visual effects across all color modes and enable players to get quick information during combat situations from their shots and surrounding environments.

However, we have confirmed an issue with game stability from the updated blood effect features. While we’re happy with the blood effect changes, providing smooth and stable gameplay is our number one priority. Therefore, we’ve made the hard decision to roll back the blood effects to the old effects from before Patch 5.3.

We will update you once we are ready to deploy the improved blood effects again. We apologize for any inconvenience caused by this decision. 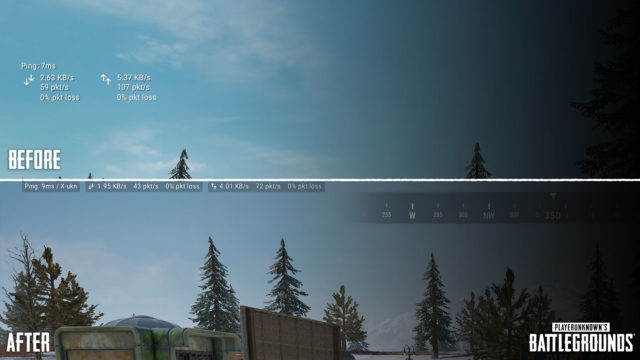 New skins have been added. 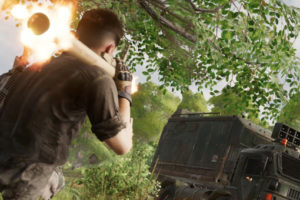 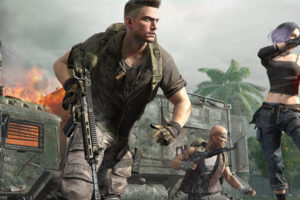 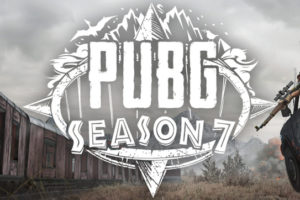 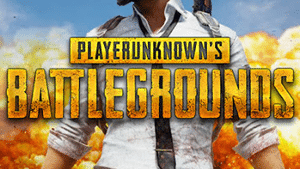